How to Deal With the Negative News 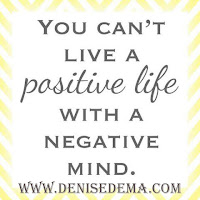 Many people are grappling with this year’s depressing and disturbing news—meaning, they want to turn away, but they just can‘t.

The constant focus on partisan politics—as well as murders and mayhem—is taking a real toll on peoples’ psyches.

The surgeon Dr. Christiane Northrop says our nervous systems simply weren’t designed to handle a daily barrage of bad news which contains the worst of humanity, brought to you from every corner of the globe. The inundation is too much for most people.

The trend toward sensational bad news on television began in the 1990s. At the same time as the U.S. homicide rate was dropping in that decade by 42%, television news coverage of murders skyrocketed—rising more than 700%, according to the Center for Media and Public Affairs.

During that time, TV network news audiences and newspaper circulation began to fall. We can only guess that this was due to the increased focus on crime coverage.

Instead of gorging on an endless media diet of conflict, some people have taken drastic action, by closing their eyes and turning off the news altogether. (They are also unfriending their angry brother-in-law or friend whose partisan posts contaminate their Facebook feed.)

Completely tuning out the news, however, is not a great solution. To be an informed citizen and voter, we need to know what’s going on. Instead, I recommend that people become “selective sifters”, choosing what kind of news they take in daily. Headline news from the BBC or NPR, or perusing newspapers and magazines is enough to provide the basics.

Most people will need to make a conscious effort not to get sucked into the rancorous trivial debates of the day, like how much Melania Trump’s jacket costs when she travels into a poor neighborhood—and the inference that it should make anyone angry if they are a Liberal.

It’s not enough, though, to just sift through the bad news. Norman Cousins, a political journalist and 30-year editor of the Saturday Review said, “If news is not really news unless it is bad news, it may be difficult to claim we are an informed nation.”

There is another crucial step that people can take to relieve some of their anxiety around current events. They can write themselves a prescription for a daily dose of good news. Like a “Vitamin G” in their media diet it can provide some balanced nutrition beyond the negative news menu.

A Happy You prescription - book cover
I look at it this way: If a child is only given junk food, then that’s all he knows and wants, but if he is given some sweet carrots, watermelon or apples, he learns to appreciate them, and gets the benefit of an enriched diet and healthier body.

Thomas Jefferson said the job of journalists was to portray accurately what was happening in society. As a former TV news freelancer, I created Good News Network (GNN) because the media was failing to report enough of the positive—and it was simply too hard to find good news in large enough quantities to make a difference in one’s mental health.

An overabundance of pessimistic, depressing stories can create a perception of a crime-and-greed-filled-world that is out of proportion with reality.

Benefits to Physical Health
According to letters from GNN readers, the website is playing a major role in relieving depression and anxiety symptoms—and basic physical health, too, can be altered when you make an effort to balance the depressing news. Scientific studies have shown the startling benefits.

In a study of nearly 3000 healthy adults, a London University found that those who reported upbeat moods had lower levels of cortisol—the ‘stress’ hormone that leads to high blood pressure, weakened immune systems, and even abdominal obesity. In the study, women who reported more positive emotions were less prone to chronic inflammation, which is related to heart disease and cancer. The authors of the paper published in the American Journal of Epidemiology in 2008 said, “People need to recognize the things that make them feel good.”

Researchers at the Harvard University School of Public Health found that optimism cuts the chances of developing heart disease and the rate of lung-decline as we age. They followed 1300 men in their early 60’s for ten years. “Lung function declined significantly faster in pessimists, even taking into account major biological risk factors.”
A Dutch study of elderly men found that those who were identified as “optimistic” were associated with a stunning 50 percent lower risk of cardiovascular death during the 15-year study.

Benefits of Mental Well-Being
A study by J. P. Harrell in 2000 found that when participants watched concentrations of positive news and media, they had decreased levels of stress and anxiety. A study by Huffington Post and Harvard Researcher Shawn Achor showed that if people watched even 3-4 minutes of negative news, 27% of participants were more likely to be depressed for the next 6-8 hours of their day.

15 year old Lisa says, “Daily, I was affected by panic attacks which were triggered from the news and all its negative content. This site has helped me tremendously.”

Mike says, “I suffer from depression and paranoia. I feel like I can never truly be happy as I always get this sense of encroaching doom and most of my fears are heightened by media sensationalism. Your website is JUST what I need to focus.”

And finally a clinical and police psychologist, Dr. Kevin Keough, wrote this, “A 13 year-old boy was depressed and suicidal as he entered my office. He cited TV news as proof that there was no point to living, ‘Everything is out of control, it’s all bad news, people are killing each other, terrorism, corruption, kids being slaves.’ After I let him cry, I explained how TV news worked—that it didn’t reflect reality accurately—and I showed him your site. He started to cheer up. He smiled and gave me a hug. Life was okay again.”

Tal Ben-Shahar was a lecturer at Harvard University and his positive psychology course was the most popular class on campus. Author of ‘Happier’, and ‘Choose the Life You Want’, he believes the Good News Network can benefit everyone: “It’s an extremely important initiative. I recommend that each person makes it a habit to visit the website at least once a day to counter the barrage of negativity in the media. Being exposed to positive information benefits us emotionally, physically, and mentally. It can contribute in a meaningful way to a happier and healthier life.”

A 2005 study by Bayer concluded that an overwhelming 93% of Americans wanted more good news, and 77% percent believed there was not enough good news offered by mainstream media. The study also showed that people believed they are more productive in their jobs after hearing good news.

What we think in our minds directly affects our health. Through the mind-body connection, our thinking leads to stress or happiness. It is your choice—and your health depends on it.

Expand your knowledge and enlighten your mind with tools to help you excel in life. Complimentary Coaching Session at: http://www.denisedema.com/